The name "Malvern Star" has been with us since the early 1900's. No 58 Glenferrie Rd, Malvern, Victoria, was the first home of the Malvern Star Cycle Works.
From that small suburban bicycle shop with its first 12 months turnover of 6,818 pounds, it flourished to its peak 1957/58 of 2Â½ million pounds.
From the 1920's made racing for Australian cycling legend Hubert "Oppy" Opperman. At the Los Angels Olympics in 1984, Australia's gold medal winning 4000 metres pursuit team rode Malvern Stars.
Malvern Star bikes were produced in Australia up until the mid 80's where production was moved to Taiwan, often sourcing frames already in production for other well known makes ie; Hutch.
Malvern Star is now owned by Pacific Dunlop and continues to sell to the Australian market.

(information taken from the malvern star section of the Canberra Bicycle Museum). 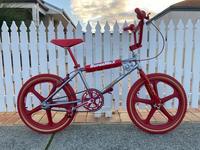 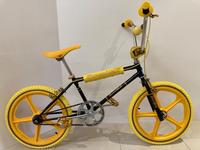 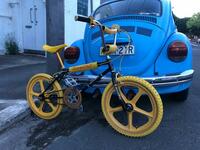 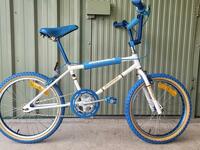