Mat Hoffman (born January 9, 1972) is an American BMX rider who is considered one of the best vert ramp riders in the history of the sport. He is nicknamed "The Condor" and runs the BMX Freestyle brand Hoffman BMX Bikes based out of Oklahoma City, Oklahoma. He was contracted to ride for Haro Bikes. Wikipedia

Not enough can be said about Matt's influence on BMX, he is certainly a pioneer of the sport in many ways.

In 1985, Hoffman entered the freestyle BMX circuit as an amateur at the age of 11. At age 16, he was the youngest pro rider in the sport. An article in Ride magazine wrote, "What's left to say about a guy who ignored all established limits and redefined vert riding - at age 15?"

Hoffman has invented, by far, the most tricks in BMX with the invention of more than 100 revolutionary tricks like the 900; Flip fakie (backflip which includes landing backwards); and Flair (backflip with a 180 degree turn).

Hoffman has been a key player in building the sport of BMX Freestyle. He developed the Bicycle Stunt (BS) Series to give riders a place to compete and showcase their talents. The enormous success of the BS Series inevitably attracted the attention of ESPN, which joined forces with Hoffman Promotions in 1995 to produce and televise the series each year. 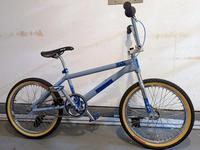 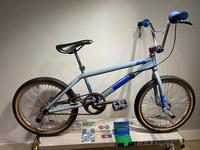 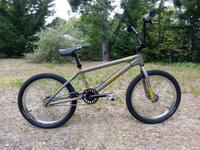 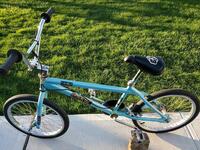 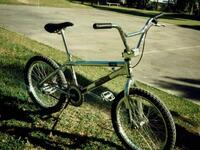