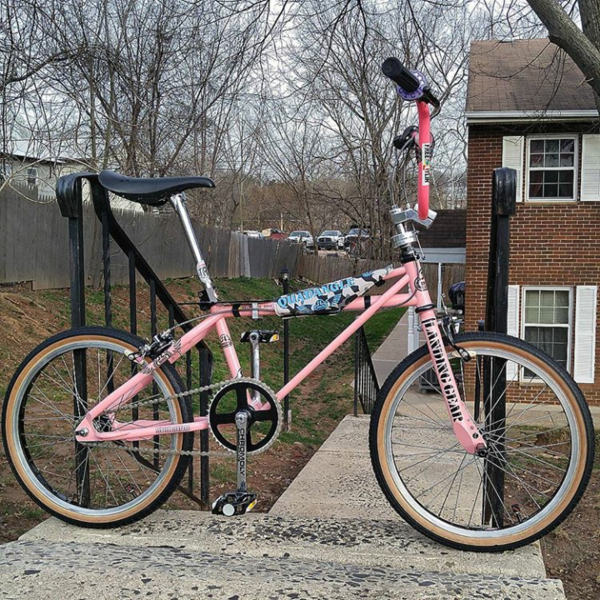 Hands down the most rare bike In my collection.

When I re-entered the Radical world of BMX for the second time in my life during my young adulthood I quickly realized that this is going to be the most fulfilling hobby I have ever endeavored on. Once I was threw with my 20s and I became more established with my career and started mellowing out I needed a hobby. In the mid to late 80s myself with all my friends were heavy into BMX. Even built a 9' half pipe... I rode nothing but Haro back then, of course my friends rode other Teams like GT, Mongoose etc. However when I set out to start restoring these old-school #Freestyle bikes I had a list of 5 bikes that I wanted to build. 87' GT profreestyle, check. 87' Haro Team Master, check. Well the 84' Quadangle Freestyle was also on that list. 7 years of me building these bikes went by and I never came close to finding one. Until the end of 2016. I was convinced that I would never build one I replaced its spot on the list with the 87' Dyno PRO Compe Team. Anyway a fellow hobbies came across this Mint frame set and I had to have it. Knowing how rare they are I offered up my newly refurbished Pro Team Compe, Super Laces and all and he took the deal. So my dream of building a 1984 SERacing Quadangle F.S. was finally real

More Bikes From flatland78 (10 bikes in museum. View all)