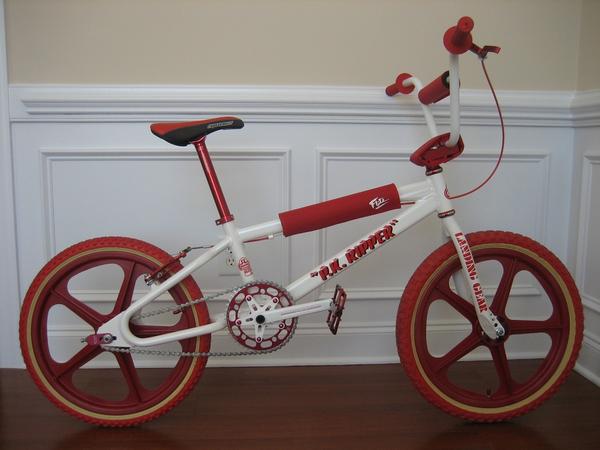 My first custom built bike since 1982

This bike was inspired by some bikes I saw in the museum when I first joined. I was flipping around and immediately faved some member's bikes: restoredude's Quad, calisplit and cappy227's P.K.'s: I noticed a pattern! LOL! I immediately set out to build my version.

The frame was acquired as a single piece from an online seller, then I slowly added everything else over about 3 months. The Landing Gear originally had black decals.

I'm pretty proud of this as my first custom build since about 1982.

I might eventually swap out the Skyways for some rims/hubs to lighten it up and race this thing. It's pretty light right now with the Tuffs. For now, though, it's complete.

More pics in the Comments section. Thanks for looking!

More Bikes From RadicalNick (14 bikes in museum — View All)