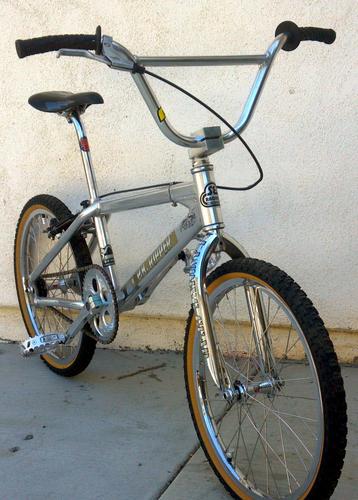 Among his accomplishments is his co-founding with Scot Breithaupt of Scot Enterprise Racing (SE Racing) in 1977. His nickname "PK" is a simple derivation from his first and last initials of his name and the inspiration of the most popular model of BMX bicycle called the "PK Ripper" that is still in production.

One of the most respected and pioneering BMX bicycle models is named after him: The P.K. Ripper manufactured by Scot Enterprises (SE) Racing. It was one of the first production BMX bicycles to be made from aluminum. It is a metal that was difficult to work withvis-a-vis bicycle frame construction and if not manufactured correctly, fragile. As a result it was also more expensive than typical steel bicycles. The P.K. Ripper was one of the first aluminum framed BMX bicycles that was reliable and durable for racing and competitively priced. It was in many ways ahead of its time. That it resembles a modern BMX bicycle is no accident. Most modern BMX race bicycles are usually made from aluminum. Like the P.K. modern aluminum bicycle frames have oversized flattened downtubes and toptubes which was called on the Ripper (and a pioneering S.E. Racing BMX Cruiser) "Floval" by the founder of S.E. Racing Scot Breithaupt. Also there is a pro cruiser by S.E. called the "floval flyer" A very unusual looking bicycle at the time as well as the "exotic" material it was fabricated from. When introduced most BMX bicycles were made from either hi-tensile steel or more expensive but stronger. Chromium-molybdenum steel, commonly known as "Chromoly", while more expensive than high-tensile steel, it was cheaper than aluminum, in part it was much easier to fabricate and more reliable in terms of durability than most other aluminum framed race bicycles on the market at the time. Aluminum, while significantly lighter and much less subject to corrosion than chromoly steel, is more brittle and less resilient than chromoly. The frame must be absolutely stiff or it is subject to failing abruptly, ie snapping in two suddenly. It will succumb from metal fatigue at a much faster rate, especially if it is subjected to flexing. This is why the tubes of an aluminum frame are both of a larger diameter and are thicker walled than chromoly tubes, to maintain stiffness. Further, aluminum is harder to weld. The welds have to be extra strong and "double butted" and thorough which gives the aluminum frame with its very obvious beaded welds an "unfinished" look, as if someone forgot to sand them down at the factory to give it the clean almost one piece look of a chromoly frame. As a result the weight advantage of aluminum is reduced significantly, in addition to it higher fabrication cost. For these reasons the Chromoly steel frame and fork was the standard of BMX racing and freestyle for twenty years. Only in the mid 1990's as manufacturing advances-many pioneered in the construction of mountain bike frames-made aluminum cheaper and easier to work with did aluminum framed race and freestyle bicycles begin to supplant chromoly. Today the aluminum BMX bicycle frame is the standard. The modern iteration of the P. K. Ripper is still manufactured by SE (now called Sports Engineering) Racing.

More Bikes From MR.LARGE (16 bikes in museum — View All)