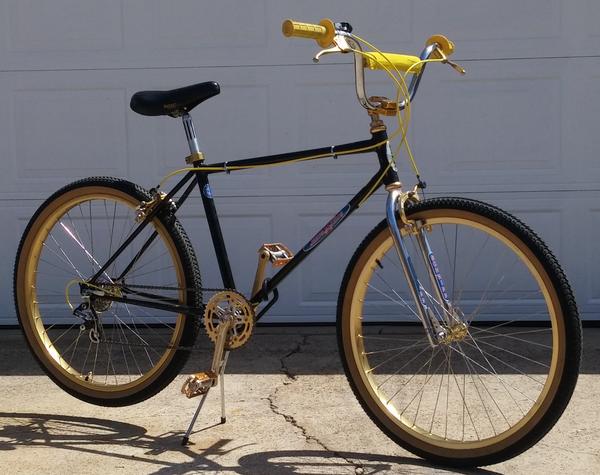 Spent most of my evenings in front of the TV in 1981 staring at page 24 in the Schwinn catalog that came with my '81 Sting Comp, dreaming of the day I could afford it's big brother, the King Sting. Never imagined it'd take 34 years, but he's finally come home. This little gem is as OG gets, 100% original finishes 98% original parts (with the addition of some vintage upgrades) and has about the nicest chrome you'd ever expect to see on 35 year old bike. Don't know it's story, but it looks like it was rode hard for a season or two based on the heavily chain-chipped stay and the hammered state of the original wheels, and then shoved in a basement and forgotten for decades. Decals are all original and cracked to prove it, but show zero fade. Had a rack and bottle cage, and maybe a pump too- someone put some serious miles on it after performing a 10-speed conversion, which was a professional enough job to have perhaps been done by the original Schwinn dealer.

More Bikes From ChattyMatty (5 bikes in museum. View all)