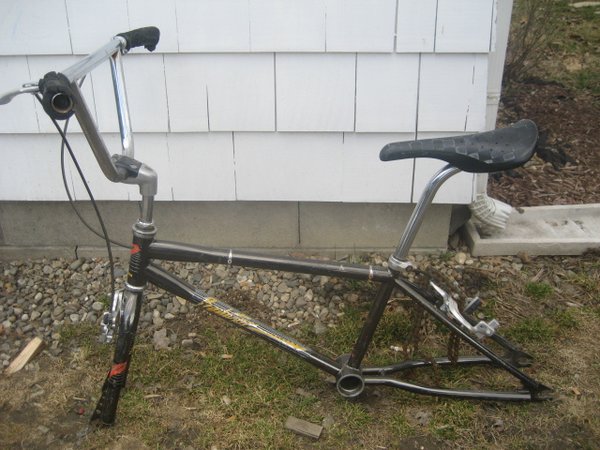 Craigslist score, saved from the scrapyard. I bought it without wheels, other than that, I don't know much about it. Its the cool black chrome, too bad the paint is scuffed and scratched. According to jayoldman bmx this bike is very rare, Schwinn was sued by Honda in 1985 because Honda was already using "Nighthawk" for their streetbike. Schwinn only used Nighthawk for three months, then they used "1/4 Flash"