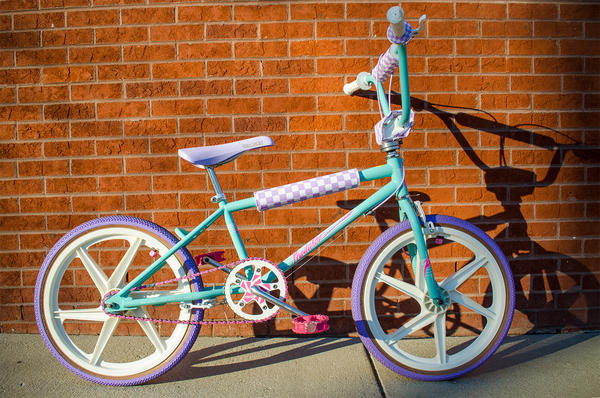 Resto on an 86 Schwinn Predator Free Form EX for my daughter's birthday.

Caught a used Free Form EX, with Haro forks and OGK rims. With my daughter's bday at the end of February I cooked up a new color way and proceeded to amass all the parts. Her favorite color was a specific blue and was hoping to get the bike close to it. In researching this bike I saw they did a pearlescent aqua blue (not really a fan of pearlescent) that was close to her color which also happens to be very close to the color of my Mongoose Decade (malibu mint). Had a little help in the sticker department and ordered some parts that would play off the colors. As the parts started rolling in I thought I would include her on putting the bike together as well as cleaning the old parts. She enjoyed working on it with me and all the while made suggestions of who we might be able to give this bike too. We tried to make a few other custom changes, including changing the blue Sugino spider to pink and we dyed the pedals pink. I found a Kalloy mallet stem and what looked like an ACS rotor (had no stickers or markings on it) both came off an HTX Curb Cruiser scooter. Cleaned the OGK rims in a bath of simple green brushed it and used an scour pad to get brake film off, then soaked in bleach for 10 minutes. As the bike started to come together she still didn't expect it to be for her, so when I was adjusting the seat height I asked her to see how it felt and then told her it was hers. She loves riding it and has only hit one mailbox so far!— which prompted me to add the flite pads.

More Bikes From dads87decade (7 bikes in museum — View All) 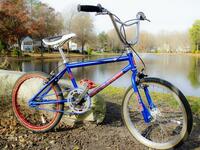 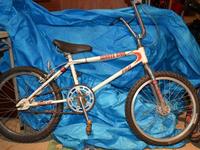 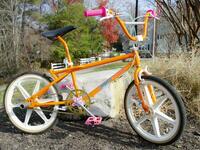