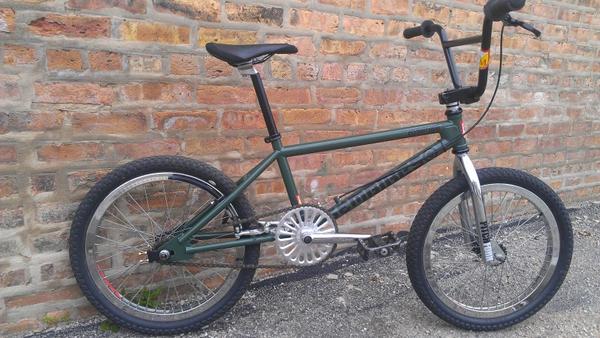 Finally put this together. Found on CL Fall of 2010-last pic just blocks away from home. Guy who owned her built bike up in '98, rode once, went away to school so up she hung at his parents's garage. I swapped out things and sourced a bunch of the S&M goods for my own twist.

More Bikes From getwheels (11 bikes in museum. View all)