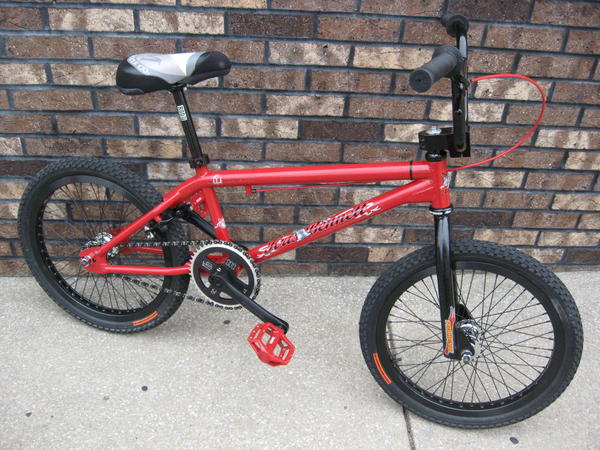 this is a oddball S&M Kris Bennett frame and it appears to be one of a few to exist with seat stay mounted 990's. Original paint and stickers!

It is Kastan built and S&M was unable to explain why it has the top mounted brakes and why the serial number varies in stamping size from other Bennett's from 98. It is stamped "28"  in over sized numerals while other Bennett's had longer serial #'s and the stamped numerals are smaller in size on the production Bennett's . Possibly a prototype or riders frame since S&M was not doing customs at this time for the public?? When I contacted Moeller about it, he could give much info but said "it was Kastan built and rare for sure"