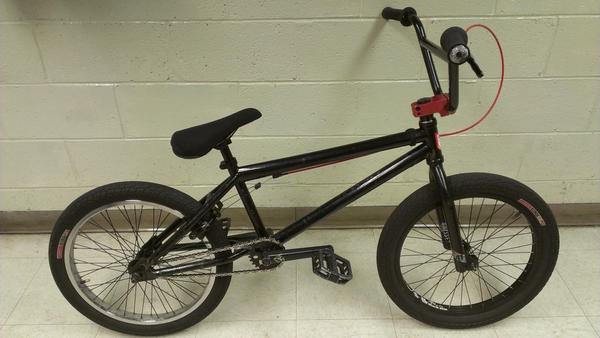 I built this in 2005 with all new parts. it began life as a V.1 Black Bike frame with the "Loose Nut" headtube decal. I've had it longer than any other bike, and I've had a lot of fun on it in a lot of places. I have semi retired it in July 2012, so now it serves its purpose as a spare bike if any friends want to shred and don't have something to ride. it's had a lot of different parts but I think it's finally sitting the way I want it. in it's current form, she weighs in at 26.8 lb.

More Bikes From blueep3piece (5 bikes in museum. View all)