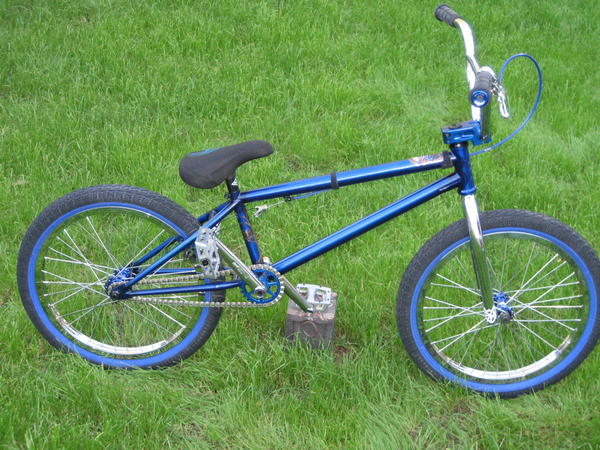 Took awhile to piece together, but well worth the wait! I like how the blue and chrome came out.

Started out with a simple bet with the wife and I "won" a new frame and fork set up, I went with the Cam Wood.  At first I was just going to switch out the parts from my Josh Stricker but just could not bring myself to put used parts on that beautiful blue frame.  It took awhile to get all the parts, thanks to everyone that bought stuff from me lately as it funded this whole build.  I usually build up a new daily rider every five years or so, gets pricier every time!

These photos were taken before it was ever ridin, every part brand new.  True Love!

More Bikes From skunkbros (19 bikes in museum. View all)