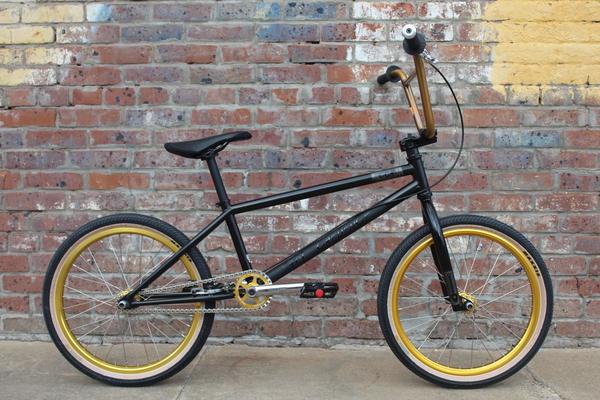 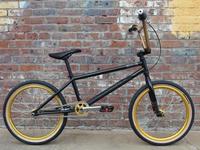 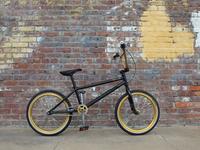 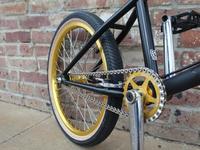 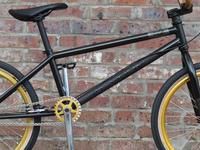 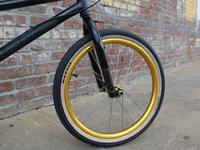 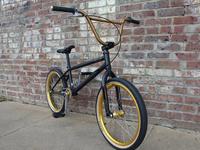 The last build for me, coming full circle.

For several reasons, this is going to be the last bmx bike I build for me. Most of the major parts were purchased from members here at the Museum and they are listed below.

As the build started coming together and I acquired the wheels, I noticed the bike colors resembled my first bmx bike. That bike was a Huffy Pro Thunder that arrived Christmas morning in 1981 or 82. I loved that bike and destroyed it jumping everything I could.

Because that was my first bike, I came to the realization that my last bmx build should resemble it.

The Credence Amber bars aren't anodized gold and do not match the wheels. I realize that...but they were as close as I could get to the needed gold color using S&M parts-lol. I used the S&M Race stem because of the two piece top caps (which was what the Huffy had). The bike came together perfectly-I am content.

The black gloss vinyl decals for the frame and forks were printed by a friend of mine. I painted the decal backgrounds.  My 16 year old son took the awesome photographs.

More Bikes From cmb (9 bikes in museum. View all) 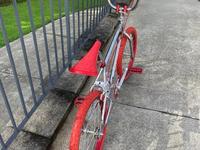