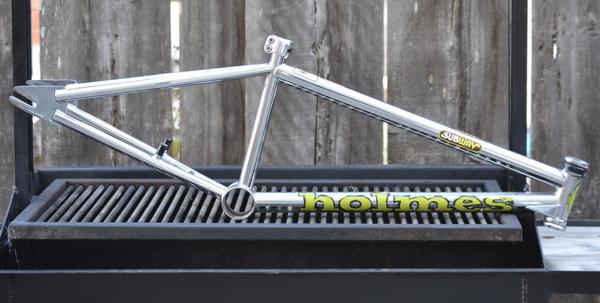 This was the first legit frame I ever bought that I built from scratch. This was the time when BMX went from fun to BMX is life. I was introduced to S&M Bikes by my good friend Mike Rogers while in high school when we formed Team Slappy and literally rode everyday at our local trails Torker which we all built together. I was hit by a car on this frame and nothing has happened to it. The stem I bought the same time as the frame and do still have the wheels and cranks but all other parts were either traded or sold which like most of us still regret getting rid of. Another piece of wall art for now but that may change as I’m all about US built S&M bikes as they to me are the best company to ever hit BMX!