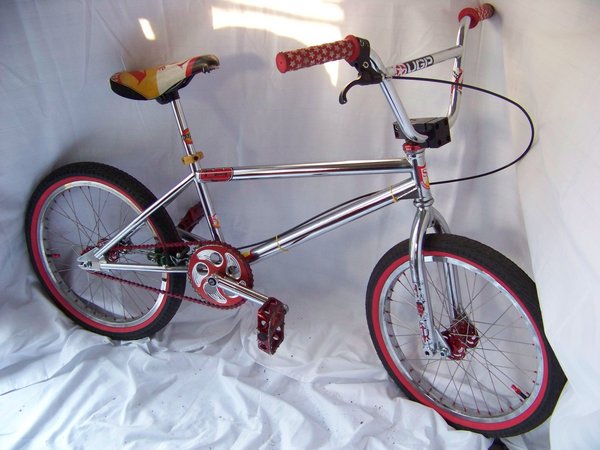 After getting back into BMX last year (late summer 2007), I was feeling inspired to search for a chrome 1" headtube S&M Dirtbike. It's now February 2008 and I just finished her. Thanks BMX MUSEUM!!

FORK: S&M Stupidfork Combo. 1" steertube that comes with a 1" clamp on S&M Redneck. Pretty rare from what I gather. This is the ditchfork style, with peg bosses. Fork is threaded.