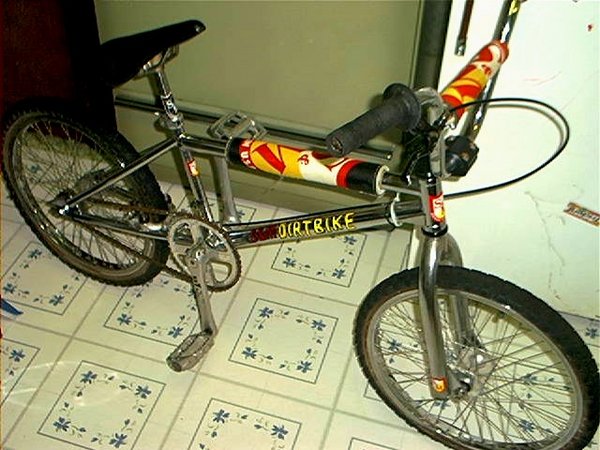 First bike I got when I got "back into bikes" a few years ago. I liked it a lot but ended up being too "new" for me as I prefer the 1" bike era. Still, I made by hand some old style Dirtbike decals and stuck them on and some GT Power Series cranks just for the old school effect :) Only had it about a year until an early Holmes popped up.