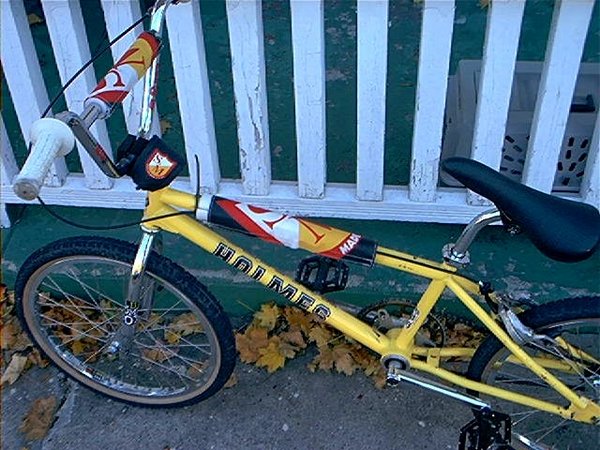 I ordered a Holmes in the early 90's but it was right when the frame changed slightly and Mental Jimmyz sent me the newer ones with the "rounded" seat stays and newer stickers(which I hated). The chance came up to buy this early Holmes a few years ago so I went for it. The owner, from DE, had some friends in the Philly area who rode S&Ms and new Mad Dog personally. This guy was looking for a longer frame and his friends passed the info on to Chris and he sent him this Holmes to try, supposedly before they were really released. He had it all these years in storage and sold it to me.I then had the chance to aquire a Mad Dog frame and fork but the owner wanted my Holmes so a deal was made. Should have never gotten rid of this bike!!!