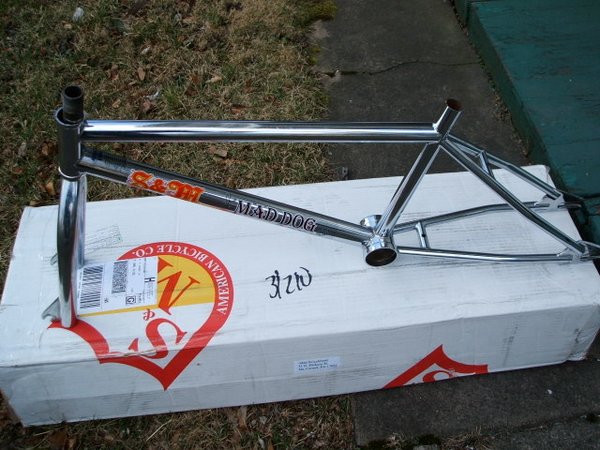 I ordered a Mad Dog F&F back in the late 80's, never seeing one before in person and not realizing how small they are. A local racer/dirt jumper stopped at the track one day with a Dirtbike and quickly talked me out of a Mad Dog(since I was probably 6 foot at the time) and I cancelled my Mad Dog and ordered a Dirtbike, which I was very thankful for. But, the Mad Dog always remained as one of my favorite frames. I got this one a few years ago and just planned on building it up since I never had one before, not planning on riding it. But the bug bit me and began riding a little again and yet again, the Mad Dog would have been too small, so unfotunately it was sold.