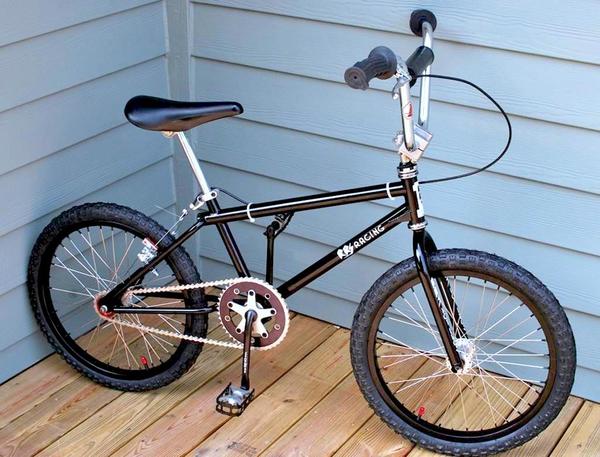 Totally Killer RRS 20" equipped with some of my favorite parts

I absolutely love this bike.  I saw the frame set here on the Museum, right about the time I first joined the site.  It had already changed hands by the time I committed to trying to buy it.  Luckily it showed back up on eBay, and now it's mine.  Not 100% certain on the year, but I've been led to believe from a couple of sources it's from 1983.  This one came with gussets at the head tube, and a 2 piece eccentric BB.  I haven't seen any other RRS frames with the gussets, but truth is, I haven't seen all that many 20" RRS frames at all.  The 2 piece eccentric BB is pretty cool, as it allows you to run a one piece crank.  Most don't care for the one piece cranks, but I love the simplicity, and strength.  The parts are a mish-mosh of parts I picked up from friends, and members of the Museum.  It took a while to find what I wanted, and even longer to finally put it together.  But here it is, finally done.

More Bikes From redcar (5 bikes in museum — View All)