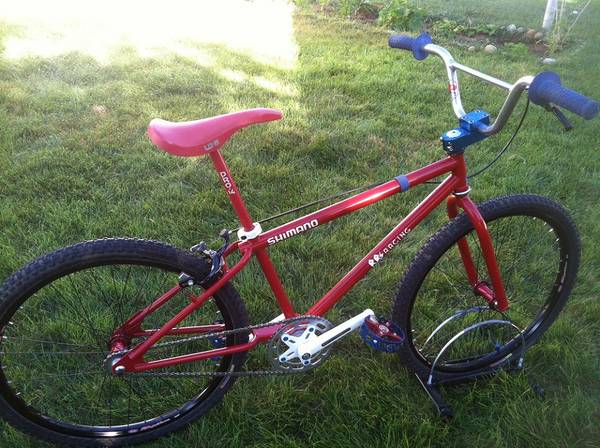 This RRS cruiser has a rich racing history in california according to the previous owner. It was a team bike and raced a lot. It weigh's in at 21lbs 12oz. I built it for the Vintage series @ County line in Denver. This bike is stunning in person. It screams quality. It's built out of 4130 and is heli-ark welded. I was concerned about a weight limit, but not after last weekend when I cased a double, went over the bars but the bike was fine. Getset and gigginfrog helped me out a lot on this build, thanks guys. heres a parts list.

More Bikes From radtuf (6 bikes in museum. View all)