One of the best and rarest racing frames from the 80's, some very cool features,
like eliptical adjustment bottom bracket with vertical dropouts so the backwheel is always perfectly aligned.

Also one of the first with cantilver brake mounts.

I have always wanted a 24" version!Just to let you know that RRS stood for Riverside Redlands Schwinn. They were the two bike shops that were owned by the Kundig family. Craig Kundig owned RRS and later took over the bike shops. After RRS he managed the Kuwahara factory team. I raced for both teams in the early to mid 80's and still own an RRS cruiser and a custom Kuwahara 20"frame/w standard fork, and some of my race uniforms. If your interested in more info on RRS let me know. 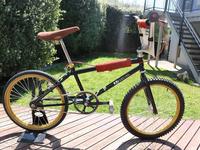 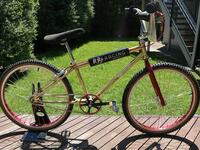 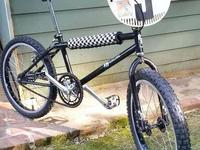