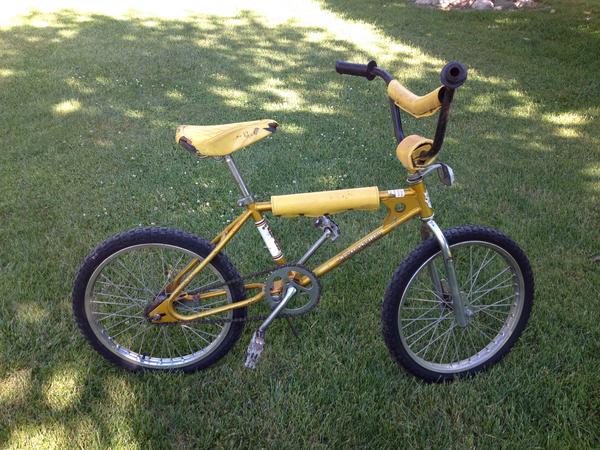 First one in the museum!

My dad picked this up used in the early 80s, and it was the first 20" for both me and my brother.  It's basically a copy of a St. Tropez Tech 700 and a few other low-end companies cashing in on the BMX craze.  Same frame/fork style and identical sprockets and other parts.  The catalog page is from 1983 but mine is identical except pedals (upgraded to 80s Wellgos) and tires (replaced in the mid-90s).  The last image is the rest of the 1983 Royal Enfield BMX lineup.

More Bikes From El Gecko (10 bikes in museum. View all)