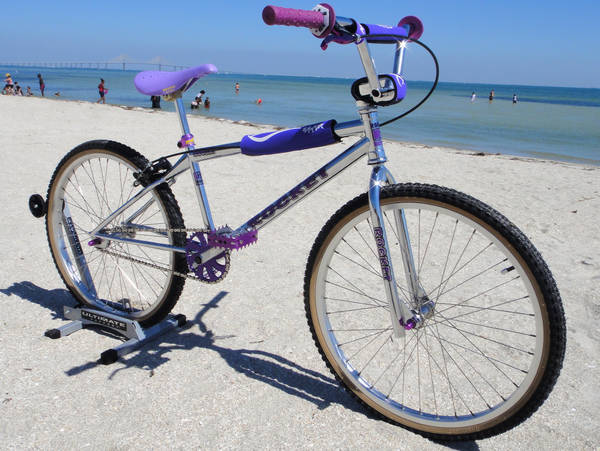 Made in Pompano Beach, Florida in 1993, this Rocket 24" cruiser is one of 100 made. Rocket was owned by Bill Prince, and welded by Greg Esser.

This bike was saved from a scrap yard in late 2010, and was rebuilt using era-correct parts from the early to mid 90's.  Rocket frames share some of the same features as MCS bicycles due to the fact that they were both made in the same factory, and Rocket was also distributed by MCS.  Rocket's owner, Bill Prince, was also an MCS employee at the time.

These frames were fitted with MCS forks and were decaled with Rocket stickers.  These cruiser frames had a 13" tall bottom bracket, and fantastic racing geometry for this era.  Rocket has one of THE BEST racing teams in Florida at this time.  Rocket was in business from 1992 to 1996.