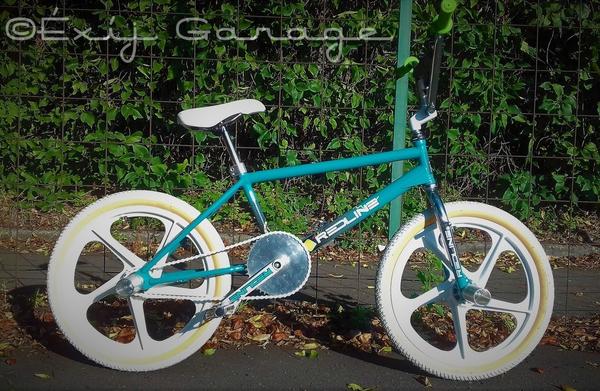 This is the most famous Redline from Hungary.

This is the most famous Redline from Hungary, It was the coverphoto on the „BMX a repül? bicikli” „BMX – the flying bicycle” book, that was the basic of Hungarian BMX culture. It was given from Germany to Marton Szilagyi in 1986, who was one of the pioneers of the BMX sport in Hungary. He started to make this sport popular in Hungary. Karoly Donnert showed several tricks in this book in 1988 and he made a lot of shows around the country with this bike. My brother, Tamas Zala bought this bike in 1991, actually just the frame and fork was bought, and he rode it throughout the 90’s, and he ended up breaking the frame. The frame was buried for 20 years in our garden. In 2017. Gyula Veres Balazs artist and sculptor brought back to life this frame. We equipped it with Peregrine wheels, redline stem and the rebuilding started. It was shown to public on the 30th anniversary show of the famous BMX book IN 2018, and the bike shone as if it had been new. It was shown to old owners and they were amazed. It was a big moment of the history of BMX in Hungary.

More Bikes From Éxíj (41 bikes in museum. View all)