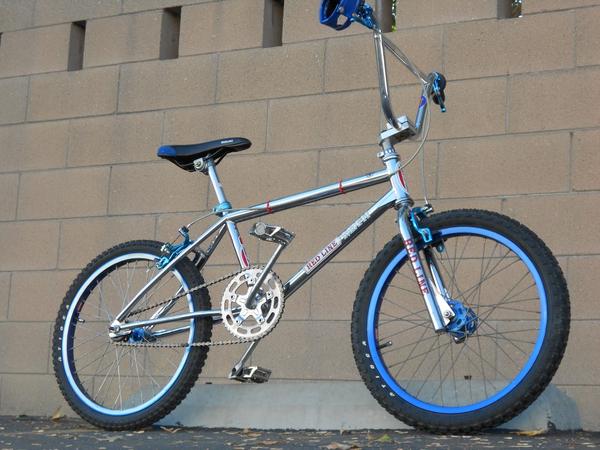 Made in the USA, purchased from Hank & Frank in Oakland, CA when they were on E14th St.  I am the second owner.  This is my primary riding bro's bike from bitd, and most of the parts are from how he had it set up back then.  The brakes and all the soft stuff have been replaced so the bike can be ridden.
I've known this bike for more than three decades.  It's a privilege to own and really fun to ride.

Crappy cellphone pic at a track in southern Oregon in 2011

More Bikes From Oaktown Massive (2 bikes in museum. View all)