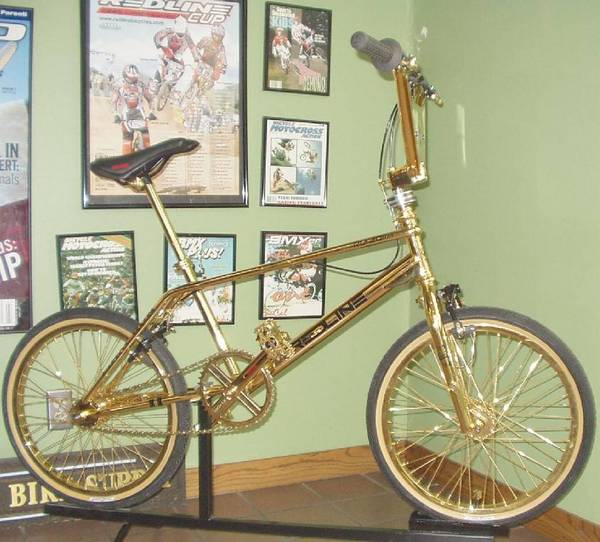 This was built from mostly all NOS parts, 24K Gold Plated.  The decals were custom made, to be "The final Run" - as in the last year of the RL-20II model.  Respectively, the Peregrine Super HP wheels also have "The Final Run" in place of where it normally has the PEREGRINE letters.   My brother also machined a custom all aluminum fork lifter plate.  Signed and dated with my initials "SL -2005-"

This bike WAS on display at Seattle Bike Supply (Redline), in Seattle Washington.  However, is was auctioned off without me knowing - as the bike was in their care and not to be sold.  :(