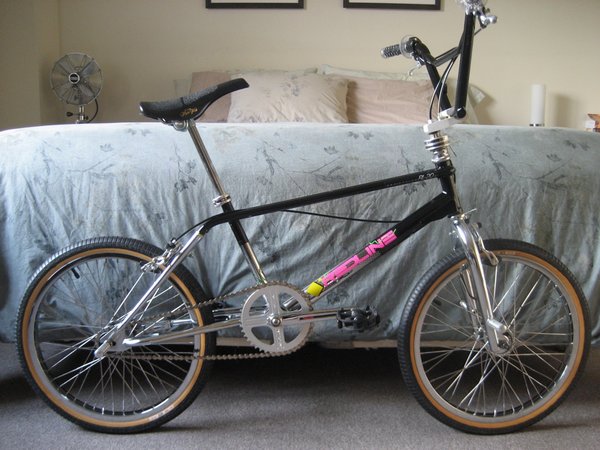 True story: In 1996 (or so) I decided, after a long hiatus from BMX, to find myself a brand new Redline RL-20II. eBay barely existed at that point so I did the only thing I could think of: I started calling bike shops. Lots of 'em. I bought myself a Ride BMX magazine and turned to the spread in the back that listed shops across the country, and began cold calling. From Alaska to Maine I must have called over 100 shops over the course of a year. And then one day I rang a shop in Pennsylvania and the dude who happened to answer the phone said: "Yeah, I have a new RL-20II frame set sitting in my basement. Still in the box.  I think I have bars, too..."

The rest is history.  Over ten years later it's finally finished, and I'm listing it here.  NOS, with the exception of the 401s (rechrome) and the chainwheel (not an '87, but a little later).  Hope you enjoy this entry. - Kevin

More Bikes From kmpap (17 bikes in museum — View All)