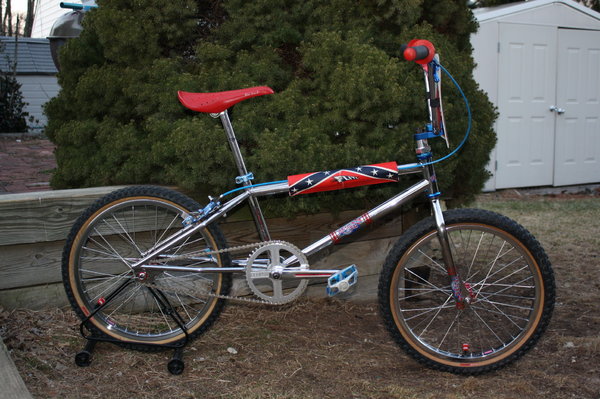 I bought this bike off a member here after he decided to sell it due to some  personal issues.  He bought this bike brand new and raced it.  When i purchased the bike, he sent me many parts that he used on the bike over the years.  I used some of the original parts and threw in some of my own personal touches.

here is the parts break down:

USED Haro Series One # Plate (grab-on and suntour stickers were the only stickers I personally applied, the rest where on the plate when I aquired it)

More Bikes From OLDSKOOLPK (13 bikes in museum. View all)