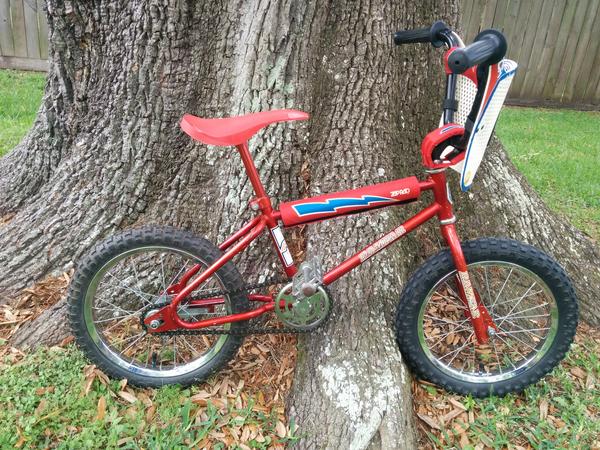 Long Story about a cheap bike.....But the story must be told!!!

Hell it's not like you have to read it!!!
I was the typical poor kid, being raised by a single Momma working 2 Jobs and going to school at night. My Momma didn’t get a penny in child support from my father who was locked up in a Texas penitentiary most of my life. So Momma did her best…..just know this, she did a jam up job if you ask me! We NEVER went to bed hungry and where we lived wasn’t the nicest but it was always spotless. There was a local pro that lived near us, his mom “Marry” and my mom became good friends. One night momma had got called into work, my sister was at a friend’s house so I ended up going with the pro “Bill” and his father “Joe” to the track. I was hooked the very 1st time I went. I begged my mom to buy me a bike, I wasn’t into bikes enough to know brands and such at the time, nor did I care I just wanted to be out there racing. That very Sunday my momma took us to the Pearland flea market and bought me a red 1979 Rampar pit bike.
I raced that bike for an entire season with a paper plate as a number plate, a busted up blue bumper car glittered motorcycle helmet we bought from the same flea market, a Honda jersey from Goodwill, fake Jordash pants and black Chuck Taylors.
I rock chucks till this day!
That entire season I lost 3 races, 1st loss was my 1st race ever. The class I was in was short so they put 3 of us in an older class just to fill the gate. I technically beat the other two kids that were in my class but I still counted that as an “L”. The other two losses were wrecks because both times I was coming in hot off a step-up that rolled into a berm that had a woop section about 10 foot off that, so instead of just lifting the front tire & rolling through the woops I had it in my mind that I was gonna clear em just like Bill. NOPE! Lol
So with all that said there were a lot of pissed off parents. Here was this kid witha bad hair cut straight from the trailer park with a total of 11 bucks in gear to include bike, taking trophies from kids on JMC mini’s, Hutch Hole Shots, etc. who were riding in fully decked out gear. Lol Classic
This bike is what started it all, it's also a reminder how hard my Momma tried to make us kids live a happy normal Childhood. That my friends is why it's my grail!!!!! I have owned well over 75 bikes since I started collecting, I have owned some really rare and nice bikes....but this one, this one is one of only 3 that really matter to me. My childhood Blazers are the other 2.

More Bikes From trailerparkpimp (13 bikes in museum — View All) 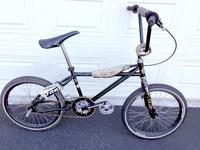 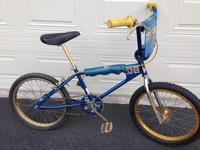