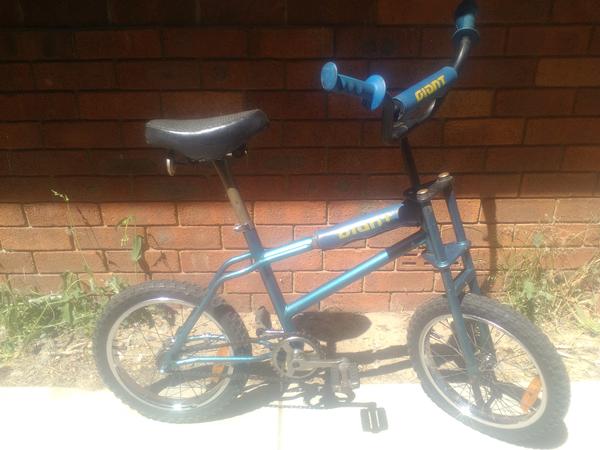 Early Raleigh Strika bmx, part of Raleighs Action bike series. They are made to look like a smaller Raleigh Grifter for 6-9 year olds.

This particular blue one I found on curb pickup exactly how it stands with these early 80s Giant pads attached, it appears to have been the painted in the Grifter blue as normally the Strika from between 76-79 came in flame red, lime green, silver an black. Later in 1980 the Raleigh Strika xl came with a yellow

Submitted by Live for bmx

More Bikes From Live for bmx (8 bikes in museum. View all)