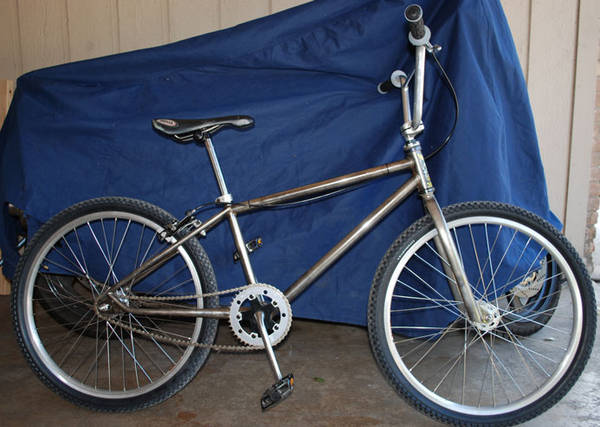 Craigslist find.  Bought from former bike shop owner who used it as a "shop errand bike", i.e. Beer hauler..  He rebuilt wheels, with 4 cross spoke pattern and replaced the drive train. Bike is in okay condition with fair amount of surface rust on the chrome plating.  Probably not destined to be a "show pony" due to lack of demand, but will be used to accompany kids around the neighborhood, occasional pump track.. and who knows, maybe I'll venture out for a race or two when the new BMX track gets built.

More Bikes From SteveinATX (2 bikes in museum. View all)