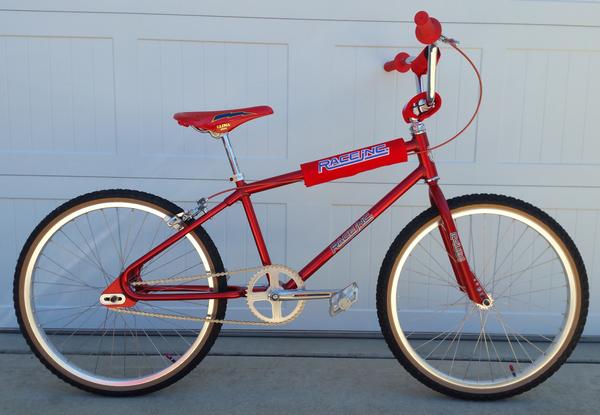 I think it must have been destiny that I got hooked up with this F/F.

I originally started looking at the RA-24's because another member in our NC group had one that I was really taken with.

Soon afterwards, in the summer of 2012, I had an opportunity to take my first ever trip to LA for work and to see a friend. About 2 weeks before I was scheduled to leave for the trip, I saw this baby on Craig's List posted in Orange County, CA. It was a totally random search I typed in on a whim!

I called the ad poster and asked him if it looked as good in person as it did in the pictures, he said "Better, dude!". I didn't believe him (LOL!), but I thought I would take a chance. I told him about my trip and asked him if he'd hold it for me until I got there to check it out. He agreed and took it off of Craig's List immediately. He made the comment at the time that he knew I'd buy it when I saw it. We exchanged number's and sent some texts back and forth over the next couple of weeks.

My second day out West, I called him and we decided to meet that afternoon in a Target parking lot near my Hotel in Brea. He arrived with this bad-boy wrapped immaculately in a box in the back of his truck. The sum of items included the F/F, headset, RI chromo seat post, RI repop pads, some RI chromo bars (not the bars here in the pics), some printed documentation and an RI T-shirt.

It was an all-original red anno frame with original decals and original red epoxy-paint forks with OG decals. Even original decals on the seat post and bars. I couldn't believe it. It was beautiful. I bought it right then. The complete hookup. I took it back to where I was working during my stay, boxed it all up nice and tight, then had them ship it to NC. She would meet me when I got home, hopefully, in one piece. I was nervous.

After I got home, opened it, and stared at it in disbelief for about a week (LOL), I began to source parts. I soon lucked out again and ran across the holy-grail of bars, the RI Cruiser bars, on "the bay". I was able to completely build the bike in about 2 months. The rims were NOS and had never been laced. The seat, grips and Cal-Lites were in their factory bags, opened by me. The cranks, sprocket and pedals were OG survivors and in great shape, as were the stem (thanks macr0w!), brakes, lever and seat clamp. The hubs were OG and in pretty bad shape. Some cleaning, polishing, new bearing/axle kits and new decals brought them back to life and made them worthy of the rims. I had the wheels laced locally in Raleigh by a well known pro - Frank of Frank's Cyclery. They came back laser straight and looking good! The perfect last pieces to finish a fine machine.

I think it turned out beautifully. I go back and forth between the RI pads and the Cal-lites. I can't decide.

Thanks goes to Don for selling this to me. She's in good hands bro. LOL.

More pictures in the comments section. Thanks for checking her out and reading my babble. Enjoy!

More Bikes From RadicalNick (14 bikes in museum. View all)