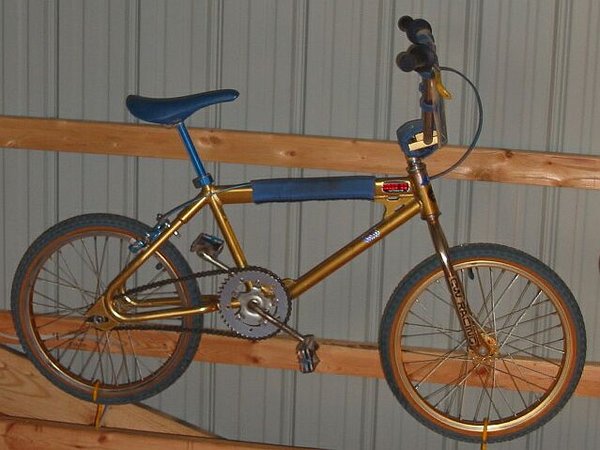 *NOTE: I have moved this from Cycle Pro to Race Inc. because I have read where frames with this cross-bar were sold as Race Inc.  Whether it is or not, I don't know, hopefully one of these days I will look for a serial #.  It is interesting/odd that the factory stickers were gone from the bike when I purchased it used in 1981, so I suspect it was several years old by this time.

I should also note that I talked with a guy, Mike Sebastian, which worked for Bill even prior to Race, Inc. where they made the Kawasaki bikes.  He stated this in regards to my cross-bar, "In that time* we only made a few frames with the airfoil top tube you have on your bike.  It was kind of a lark at the time, because the Kawasakiâ€™s we had made at Triple-A used that top tube design and Bill wanted to try it out. ."  (* Mike left in 1978)  I find it interesting that Mike called the cross-bar an airfoil; I am guessing this is where the name "foiler" came from for the Cycle Pro.

First let me say that the form forces you to enter a year, I chose 1977 but I don't know the year for a fact, I purchased it used in late 1981. I changed a lot of the things on the bike once I received. It was advertised and sold to me as a Race Inc, (Cooks Bros. forks), it has Race Inc stickers on it; I learned later of the cross bar differences between between Race Inc. and Cycle Pro, but admittedly lived in denial as I liked the name Race Inc better. (Race Inc. actually made the frame as well as one for FMF, they are all the same basic design.)  *See added note above

More Bikes From Brianm (2 bikes in museum. View all)