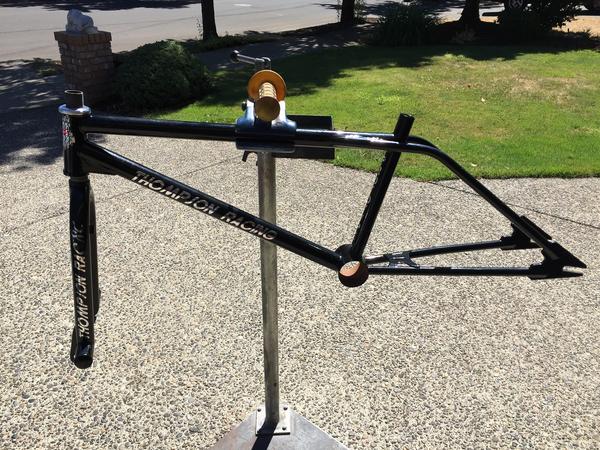 What we have here is a RARE 1980’s Powerlite Freestyle Frame/Fork. My understanding is not many of these exist. In fact there isn’t even an example of it in the . I am unsure if the paint is original or not. The decals are not original and were placed on the bike by the previous owner. The bike was obtained at an old bike shop in that was around since the 70’s. When the shop was sold this was in the inventory and stored in the attic of the new shop. I have spoken with Mark Rink (Son of the owner of Powerlite), and he said these were produced from “84 until we sold out at the end of 87 ish”, and made about “300 each year give or take”. He was unsure of the exact amount. I believe this may be a 1986 based on the serial number, but Mark said serial numbers were pretty random in the early years.

More Bikes From jkraig (83 bikes in museum. View all)