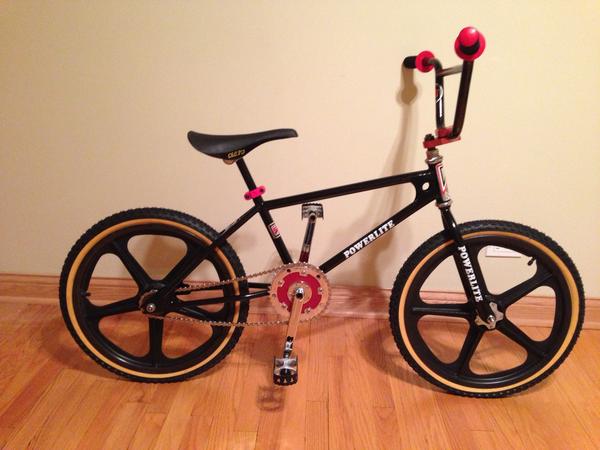 A long time ago,,,,in a time far, far, away.....bicycles were actually awesome. The parts were high end and on par with race car equipment, and the finishes were beautiful, with deep anno's, great welds, awesome chrome, and eye catching overall styling. But building bikes is like any other manufacturing operation,,,it is a business. The cheaper, you can build something, the more money you make. So what companies did, was year after year, they slowly started making the bikes cheaper and cheaper in quality. First generation Mongooses, Gt's, Se's,and Redlines were all excellent high quality bikes. The reason these companies are still around today is because those high quality, early, bikes they built, had enough staying power to establish these companies and the brand. People buy these name brands today because of name recognition, not because the bike has any resemblance to it's predecessor. What used to be made in a small shop in California,,,,is now mass produced on an assembly line in Asia,,,,,Do you think there's a difference?

I hear it all the time that there is no comparison between a modern bike and an old school bike. That very well may be true? I have never ridden a new school bike, so I can't comment,,,,, But there is definitiely no comparison in looks either! New school is Blah! Old School is "trick"..... Just the opinion of a 41 year old BMX guy....Glad to see the sport is still alive!
1979 powerlite frame set
Bullseye cranks
GT expert bars (I think they are real deal "black chrome" )
Bull Dog stamped Pro Neck
Skyway Tuff II's
TTK pedals
Aero seat
Addicks seat clamp
Grab On grips

More Bikes From chicago.al (28 bikes in museum. View all)