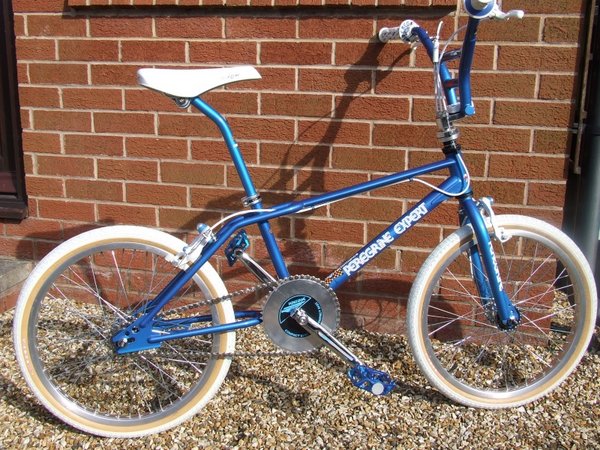 Peregrine Expert based on the 1987 Magazine Advert

Had this restored a couple of years now, this is the second Peregrine Expert I've owned.

Restored from a pretty messy Expert I sourced from the US, got it re-powdercoated in a candy blue rather than the original plain blue (which I though was a lifeless colour) and whist that was being done I worked on reproducing the decals. The rest of the parts are more or less as they were in the old 1987 Peregrine advertisement, some of the parts were difficult to find at the time (especially the brakes and grips) and are either NOS or restored. This bike won me the Best Mid School Bike in Show trophy at the UK's 2008 RADBMX MK event.