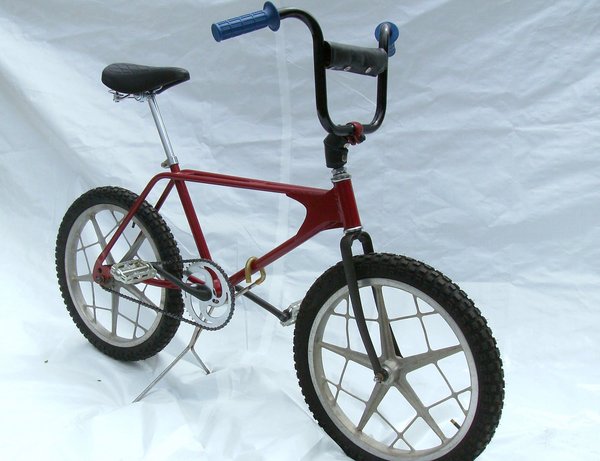 Many many years ago there was a good man who used to own a shop in Orange County. He went on to run Peddlepower (and later Powerlite) bikes.
But before the frames most of us know, he had a frame known to some as the Rink Raider

If it looks like a Torker it's because Steve Johnson came up with the original design.  Eventually Steve Rink went to a conventional looking frame and Steve Johnson continued with the design and went on to form Torker.

Just a few Rink Raiders were made and even less survive today. This is an example of what it looked like back in 75.

Sidehacker extraordinaire and good friend Dennis Dain did me the great favor of letting me restore the bike. I want to thank him for this and tell him it's going to take a crowbar to get me to let go of his bike. :)

More Bikes From reilley1 (23 bikes in museum. View all)