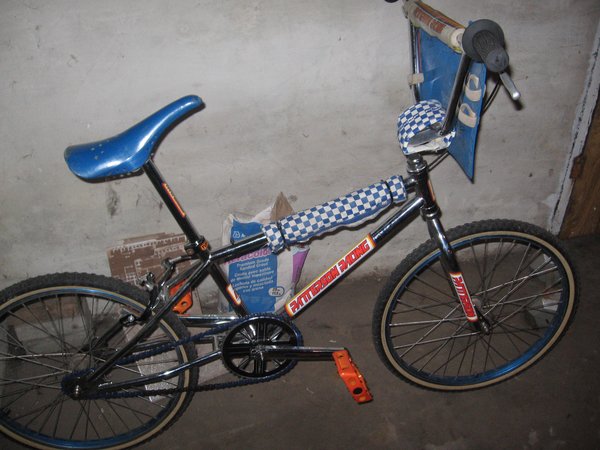 f&f came from cali, a guy from australia originally wanted the bike but shipping went up so he opted out. the owner called me. One of my friemds who is around 25 liked bmx when he was younger asked the local bike shop if they had any good wheel sets around. they did phil woods so these wheels our like 1982. he had comp 3 on them and these tires. 150 of course i didnt hesitate. the number plate was mine original when i raced, thats not it because i went to the rockford nationals and got it signed by all the top pro harry larry, brent patterson, stu thomps etc. they all started to fade so i traced over it with a marker ( i did this when i was younger not knowing what i would have today. I still have the patterson brothers signature on a piece of paper). i also have a shirt from it. it does make me a little sick. but i know they signed it. this bike rocks .    it is at the powdercoater getting white.  Sold f&f 550 shipped

More Bikes From oldtime (10 bikes in museum. View all)