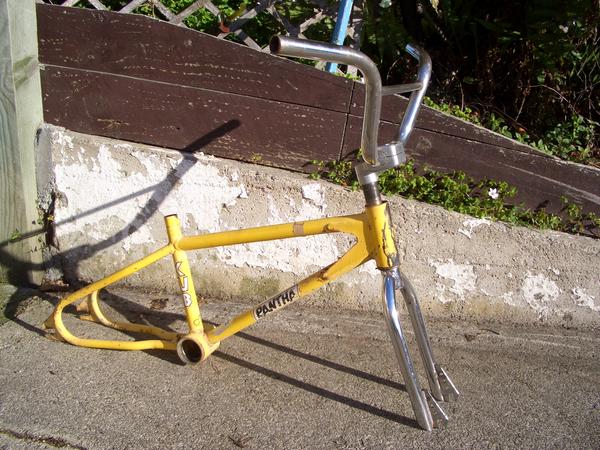 The NZ Pantha Cub made at the start of the 80's, the baby of the Stud and Assassin

All original as I found it, the iconic Yellow with original decals

I also have another two red Pantha Cub frames and forks but the gussets are different, it has a hole in the gusset and its a different shape

NZ made frame, not perfect and new but in great nick for 30years

This will be stripped and rebuilt, will update with pics as I go along

More Bikes From sperlingaz (44 bikes in museum. View all)