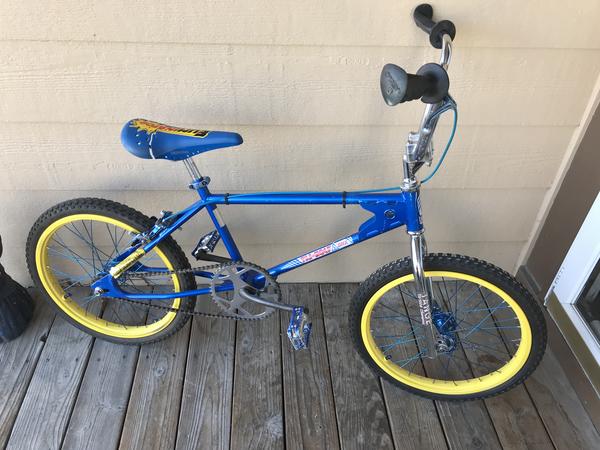 Not sure the exact year or model this is, I bought it last year from the original owner. He said he thinks he bought it in 1983. The bike is all original except tires,grips,and brake pads. The original owner said he bought the bike in 82-84 (sometime in high school) in St. Louis. At some point the frame cracked and Panda sent him this frame as a replacement. The bike was in his parents basement from 1985 when he left for collage until 2016 when he brought it to Colorado. He replaced the Grips,Tires,and brake pads so he could ride it around. He brought it into my shop to sell due to moving out of the country. I’m pleased to own this unrestored Panda and to know the back history of the bike. All I’ve done is replaced the modern grips with some Oakley’s I had laying around. I will be searching for era correct tires,brake pads,and number plate to keep it 80s!

More Bikes From bmxandVWs (68 bikes in museum. View all)