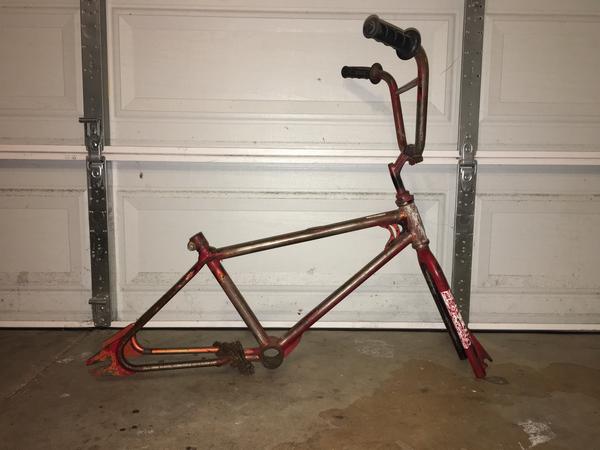 After searching high & low and no luck on finding the year & model I lucked out and got in touch with Mr.Panda Randell Kim the owner of Panda Bike Company from 1973-1978. I texted him a picture then he CALLED me! Coolest conversation I've ever had. He knew immediately that model & year right off the bat. He said that none of the parts that are on now are what he put on. (Which sucks). He did say that the bike was originally red & only 50 were painted red. All in all I'm happy with it. He suggested getting it sandblasted & having a welder work on the bad re-welds. The dude called me! How cool is that!

He texted me that the rims were wrong too :(
"1975 panda mx#l. Made in Taiwan. Nice find."
" Rims had l2o gauge spokes with drum brakes and quarter inch ball bearings. Wrong handel bars and goose neck."
-Randy