With some super laid back seat angles Panda was a big player early on. The later models were made by Boss, I now have a chrome pro-am 20 and 24", as it was my first "real " bike. I can even prove it with the actual receipt shown. Bob's bikes is still going in Boise Idaho.

here is some info from an actual welder: Jess Guymon, Brent Patterson and Dan Davis were the owners of Boss Bikes after they bought it from Panda Bikes which bought it from Carlos Lucia. They have owned it since 1990. Boss Bicycles, made in Hayward, CA. Owned by Carlo Lucia, and started in northern California. Carlo also designed and manufactured the first Panda's and Pattersons in the early '80s. After that, Bill Dumas and Steve Wilcox should get some credit for keeping Boss Bikes going after Carlos moved on in the late 80s. Bill had all the hookups, He came to Me looking for a welder. Bill and I would get 20 foot lenths of chromoly aircraft tubing and fabricate boss bmx bike frames. We only put out 3 or 4 frames a day. Every frame we fabricated was a one of a kind hand built with care. If you have a 1988 thru 1995 Boss, you have a classic american made bmx bicycle frame that is worth alot of money. 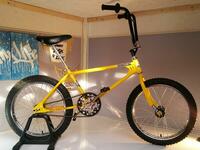 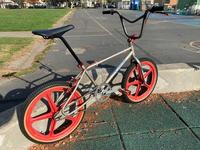 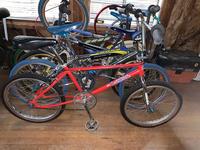 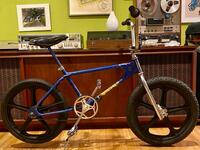