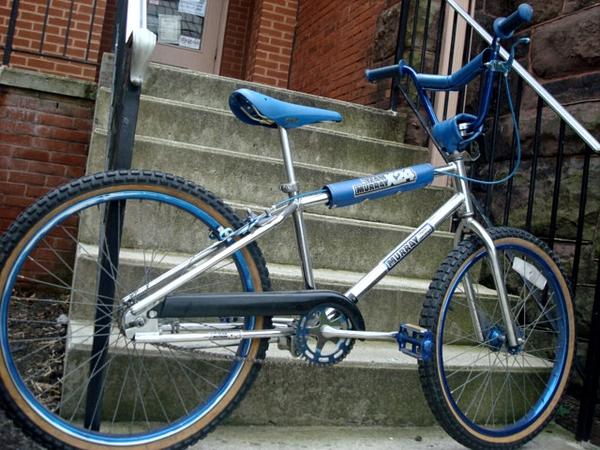 My first BMX bike was a yellow and red Huffy Thrasher back in the mid 70's. It had that cool red bananna seat with a yellow "swoosh" on the side, kinda like the Nike symbol. After that my grandmother decided to buy my brother and I twin Murray X24's. We were around 10 years old and I guess she thought we'd grow into them! Although the bikes were twice our size we got use to them and before long were riding wheelies the length of a football field. Greg zts spotted a comment I made about that bike in one of my museum posts. He said he had one available. I bought it, cleaned it up, and am presenting it to you today. All OEM except for the seat and new rat trap pedals. The original seat was a blue Elina. A Blue Elina in good shape is hard to come by, so I used a KMX instead. It'll be nice to cruise around town on the 2nd bike of my youth!ACS Stem

More Bikes From ChristianHetheMurray (43 bikes in museum — View All)