Mosh is a division of Giant created back in 1996 with the help of Linn Kastan & AA Pro Jason Richardson. In 2002 Giant signed a three-year sponsor deal with Satellite the company that then managed the former GT Air Show & began making Giant branded bikes in an effort to boost the Giant label. These bikes were priced between $150 to $350, filling in the open entry level price gap that their Mosh labeled high-end bikes could not. Giant made bikes using the Mosh name until 2003 when it switched to labeling all high end stunt specific parts as Mosh parts. The parts are sold separately as well as on Giant labeled BMX bikes today. There is still a bike made today that shares the name of an original Mosh in Giant's line up, the Method, though it is set up for dirt/trail & not race as was the original. Mosh has had a couple of symbols over the years, they started with a simple lower case "m" in Ghost Gothic font, this usually has an inverted kite around it. The newer style is a different type of font with nothing around it. 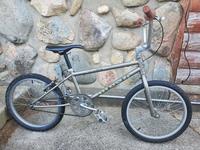 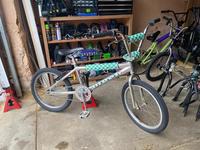 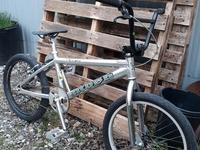 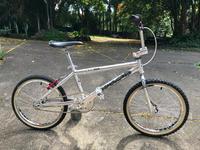 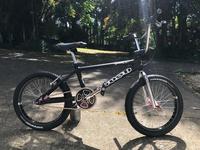 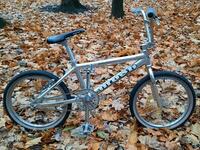