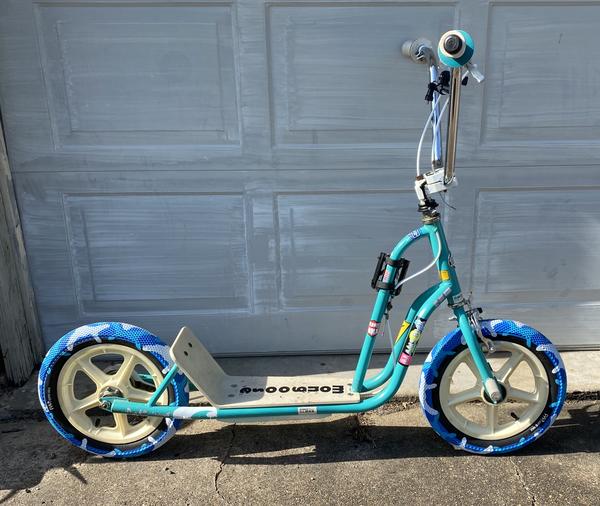 Found outside a thrift shop. Paid less than a double Whopper with cheese once they opened the store.

We saw this from about 7 blocks away just sitting outside a closed thrift shop. My  11 year old daughter had quit riding with her fussy dad for about 2 years. I was going to buy it for me but she wanted it. We rode today after putting on new tubes and tires(had a blast) . Mr Clean eraser the frame. And put mail order stickers over the big scratches. Had a blast today. ~ yes I did ride it. Ok , I think I screwed up the look. I’m going to leave it like that because the Vans tires have less rolling resistance than knobbies. Well most everyone that I know or have met in person in our rides actually flip in a positive way about the tires, so they’re definitely staying on.

More Bikes From Captain Judd (11 bikes in museum. View all)