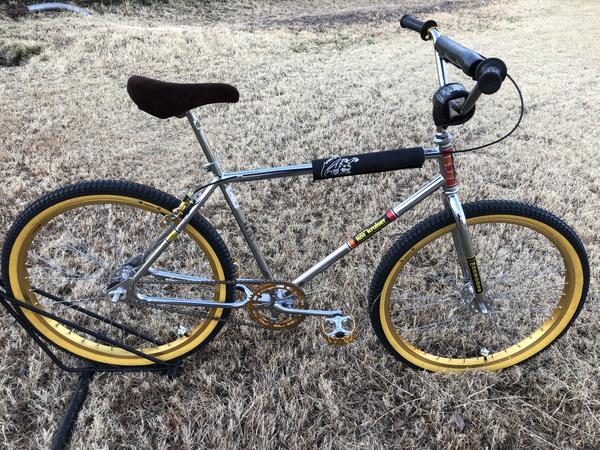 I found this one here on the Museum. It was originally assembled as an early mountain bike with a 10 speed setup, cruiser bars and motorcycle brake levers. I converted it back to single speed and found some Kos bars and a Gold Stem from my parts stash. Apparently it was used very little as the chrome is near mint as are the rest of the parts. It still had the original Cycle Pro Snakebelly tires on it. I replaced them as I did not want to damage them. It came with a set of mint Finishline grips which I installed on the Kos bars.

More Bikes From Shotgun (102 bikes in museum. View all)