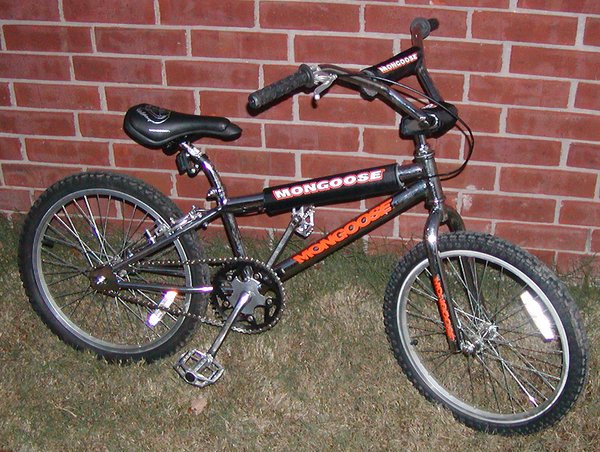 Saved from becoming landfill in 2002, this has made an excellent first BMX bike.

My son & I were roaming a nearby subdivision during a Cub Scout can drive in November 2002 and came across a derilict Mongoose headed for the landfill in a pile of discards at the bottom of a driveway. Of course we snatched it up and brought it home for a father/son reconstruction project. It has a GT crank set and unknown bars.

We hit eBay & purchased new Mongoose pads, pedals, grips & seat. I also purchased a new chain and Diamond Back stem to complete the build. We disassembled the bike and rebuilt it on the kitchen floor. He was only 6 years old at the time so I had to adjust everything such that he could ride it. Now that he's bigger, it doesn't look so funny.

Having helped build it himself he's very proud of his Mongoose. He's now taken an interest in trying out racing so we're going to check out the local NBL tracks.

More Bikes From 80 PRO-LINE (6 bikes in museum. View all)