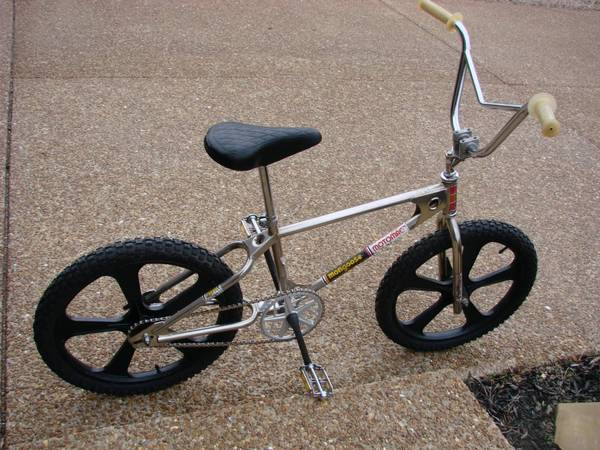 I put this one together yesterday after an intense cleaning and restoration process. Basically, it's a 1976 "Long" Mongoose Survivor. The original owner had upgraded a few things including changing the original decals over to prismatic Team decals sometime before retiring the bike around 1978. The nickel frame and Redline forks, V-Bars and Redline stem are all in their original finish. I switched up a couple parts to make it more personal for me, including era correct Webco Magnesium mags, NOS Hunt Wilde Natural Grips and an NOS black Mesinger seat. I also added a New School S&M sprocket because I dig them and it brings the bike into the 21st Century. It's also a nice little tribute to Motomags which would also suit this bike very well IMO. I preserved all the original parts (shown in the last picture) should I ever decide to put it back together as a 100% true Survivor. Right now, it's going to be my new daily rider/whip.