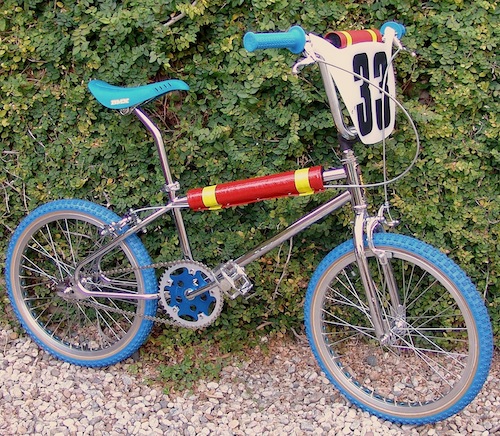 Built this up to resemble the bike used on RAD. Specs are correct for an 85 Californian.

This is built to the original specs. Took awhile to get all the correct parts but its done. Few little details like cable ties i'm still working on. The pad set is correct as I remember after seeing the actual RAD version. The tape was applied to actually hold on the pads after the snaps had failed. The mismatched colors were also intentional because it was too show the poor small town kid pieced his bike together. If you want to build this bike you can get the specs at www.themovierad.com

More Bikes From Jmoser (13 bikes in museum. View all)