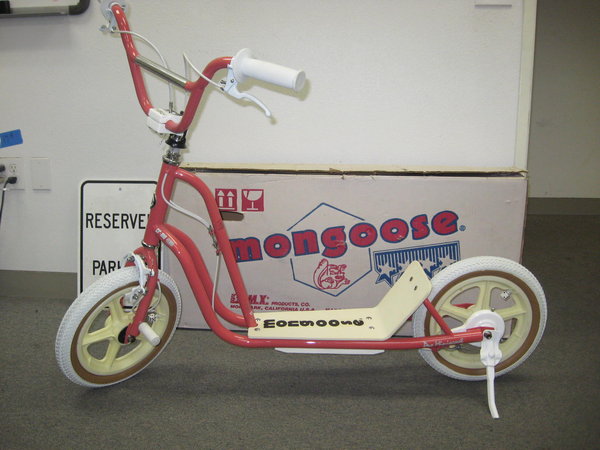 This is the third PRO miniscoot in my collection but probably my best find yet.  I won it on e-bay where it pretty much flew under the radar due to the way it was listed.  I stumbled up on the listing with 8 minutes to go and then "stole it" for the price I got it for.  Although the box had been opened for pictures, I was the first to unpack it and assembled it for the Gonzo show in 2010.  These were only offered in two colors in 87, "Tahiti Blue" and "Coral."  Complete with Cheng Shing skin wall freestyle tires and the Spintech system, this is a great scooter.  Enjoy!

More Bikes From daygogt96 (16 bikes in museum. View all)